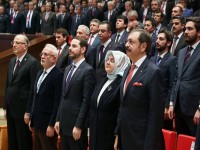 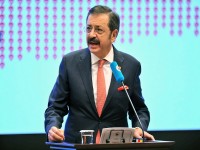 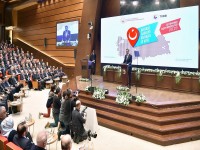 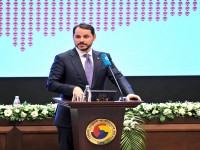 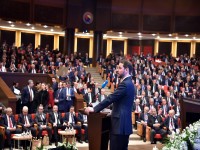 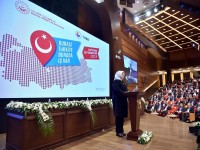 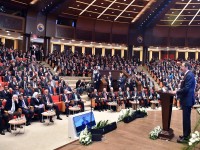 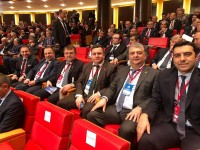 TOBB President M. Rifat Hisarcıklıoğlu, in his speech at the opening of the meeting, said that they were working together with the Minister Selçuk and Minister Albayrak on the issue of initiating employment mobilization, and that the incentives were designed with the positive approach of the two ministers.

Hisarcıklıoğlu reminded that the bill was added to the law and that it was quickly published in the Official Gazette and said, “I would like to thank our ministers for their alacrity on behalf of the Turkish business community. We are launching the Employment Mobilization 2019. Our motto is, ‘This is Turkey; there is business here.' As TOBB with our sector councils and chambers-exchanges, we will promote this campaign in 81 provinces and 160 counties and will try to ensure the widest participation. I call on our business world and our employers: have confidence in the strength and future of Turkey. Join the Employment Mobilization and benefit from these historical supports. Contribute by employing at least one of our citizens, improve economic growth of both your business; be a winner by investing in the future of Turkey.”

In her speech, Family, Labor and Social Services Minister Zehra Zümrüt Selçuk said that the country's economy has shown a rapid growth trend in the last 16 years but that it has been exposed to serious risks in the last five years.

Stating that Gezi events, terrorist attacks and the treacherous coup attempt of July 15th are just some of the many troubles which have been overcome, Selçuk reported that since the summer of 2018, the economic speculations regarding the dollar have been successfully managed and disposed of.

Selcuk stated that the development of the projects would continue unabated to make Turkey one of the world's top 10 economies.

Stating that Turkey grew 3.5 times in 16 years Selcuk reported that, through the reforms implemented in this process, Turkey has risen to 43rd in global “Doing Business,” ease of business ranking.

Minister Selçuk, "The number of establishments providing registered employment rose from 727,000 in 2002 to 1.9 million while the registered number of employees increased from 12 million to 22.3 million. In the same period, the number of people to who benefited from active work force programs reached 3.1 million.”

Emphasizing that the first 100 day goals were completed successfully, Selçuk reported that the second 100 day goals are nearing completion, and that to this end, the expansion of easy employer practices, active labor force programs and the facilitation of foreign work permit from abroad have been implemented.

Selcuk said, “I would also like to give some good news here today. As a part of our 100 Day Action Plan, the ‘how much I benefit from incentives' application will enable employers to accurately gauge how much they will benefit from the incentives and support we provide.”

Minister Selçuk said, “Today, here, in this beautiful atmosphere, I would like to share with you our new incentive. We will cover the premiums and taxes as well as wages for each additional employment that our employers will generate until the end of April. We will continue to cover premiums and taxes for the following 9 months as well.”

Indicating that the number of enterprises and employees benefiting from all the incentives is increasing day by day, Selçuk said, “The Ministry announced last week, together with the incentives of our 18 different incentives and support of our employers, we reach over 11 million insured workers.”

Selcuk reported that since the introduction of premium incentives in 2004, nearly 150 billion TRY have been provided to employers.

Minister of Treasury and Finance Berat Albayrak stated that they discussed the steps to be taken in order to reduce the effects of the economic stress in the country on SMEs, industrialists and tradesmen on many platforms and several packages have been announced.

Stating that they have convened today to reap the fruits of the strong public and private sector cooperation, Albayrak said, “Last month, as expressed at the summit attended by the President of the Republic, we will instigate the creation of 2.5 million new jobs in 2019.”

Albayrak, noting that there has been a revolution in the field of employment today, “Today is proof that we stand united and strong as a nation against the plots and economic scenarios aimed at our country.”

Stating that, with the New Economy Program (YEP), they have set new targets and strategies, Albayrak stressed that during AK Party government terms, policies to increase employment have always been at the forefront.

Albayrak reported that approximately 10 million new jobs have been created since 2009 and reminded that they have enacted new employment incentives in 2018.

Minister Albayrak, pointing out that the insurance premium incentive is still active, said, “We have announced a new support with the law passed in the Grand National Assembly last Friday. As a part of this, workers who were hired between February 1st, 2019 and April 30th, 2019 will be eligible for full premium, tax and wage support from the government for 3 months.”

Reminding that important packages in regards to access to financial tools have been announced, Albayrak said: “In January, we gave the good news of a loan package of 20 billion TRY for our SMEs with the participation of 13 banks. As of today, 67,438 SMEs have utilized 20.3 billion in loans. A new package is on the way.”

Albayrak stated that they’ve announced an important financial package regarding manufacturers shift to modern greenhouses and investment as well as important steps being taken in regards to VAT refunds.