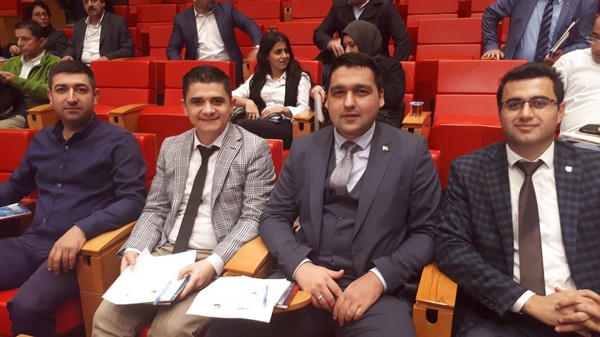 Our registry officer Feyyaz Polat has attended the training of the Law for the Protection of Personal Datum and Verbis in TOBB Conference Hall on 07th of November, 2019. In the training, information was given on the particulars that need to be taken into account about the law and Office for Protection of Personal Datum, registry ingormation system for Data supervisors (Verbis). 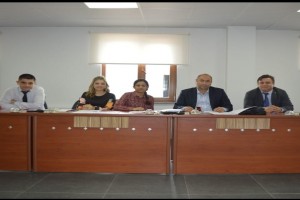 Our commodity exchange has successfully completed the 1st Supervision Inspection made by Turkish Standarts Institute Bursa Regional Directorship. In the inspection that took place on 1st of November, Friday, TSE Chief Inspector Coşkun Yıldırım, who was appointed by Bursa Directorship, has touched upon the ameliorative sides of our exchange in terms of TS-EN-ISO 9001:2015 Quality Management System, and made contributions to our exchange.

We are here today and we appeal to both our country and the world public through you.

Turkey, on October 9th, 2019, has launched the cross-border operation named “Peace Spring” on the Syrian border.

This is to clear the region from terrorist organizations such as PKK / PYD / YPG and DAESH, to save the Syrian people from the oppression and persecution of the terrorists and to restore peace, security and peace in the region.

We, as representatives of workers, civil servants, craftsmen, farmers, lawyers, retirees and employers, stand behind and fully support this decision of our government.

Turkey is practicing its rights born of international rules.

Operation Peace Spring was initiated within the framework of universal law and United Nations Security Council anti-terrorism decisions and the right to self-defense in the UN Convention.

Therefore, this operation is legitimate and in accordance with international law.

Our country has been subjected to more than a hundred harassing and hostile actions in the last two years by the elements of terrorist organization located across the border, especially in the east of Euphrates.

These terrorist organizations also carry out attacks on Syria and against Syrians.

Complaints and reactions of local people in Syria to the increasing human rights violations, forced migration, harassment and persecution of terrorist organizations are constantly increasing.

Everyone should now see this clearly; we cannot be expected to remain silent to terrorist groups that kill innocent people and pose an open threat to the security of our country.

Beginning with Operations Euphrates Shield and Olive Branch, Turkey is giving the necessary response to the terrorist organizations and their supporters in the most powerful manner.

At the same time, utmost attention is paid to the protection of civilians and innocents.

We have already shown this in both Euphrates Shield and Olive Branch operations.

Life has returned to normal in the region where terror previously prevailed; peace and tranquility returned.

We also prepared the ground for the return of the Syrians who had to leave their homeland.

Turkey's shown the world that it has utilized every available resource to help these regions.

Because we believe that those who cannot mend hearts and people, cannot reconstruct the world.

Turkey has never been, and will never be, in favor of destruction.

We side with peace, tranquility and fraternity.

Turkey's counterterrorism-oriented efforts will bring an end to crimes against humanity such as ethnic and religious cleansing perpetrated by the PKK / PYD / YPG; pave the way for the return of Syrians who have been displaced due to actions of Daesh; as well as contributing to Syria's territorial integrity and unity.

Therefore, every operation launched by Turkey has been supported by Syrian immigrants as well as the oppressed and disadvantaged local populace.

As in the past, the Turkish Army is greeted warmly.

In the light of all these facts, we invite the international community to support our country by expressing its intention to stand against terrorism and to make universal human rights dominant in this region.

With the diplomacy of our government and Turkish Armed Forces, we inform the international public correctly.

We have started to work with our counterparts abroad and relay this rightful stance of our country to the world public.

In the next week, we will re-share this statement with all of our organizations throughout the country and spread it across the country.

Finally, we want everyone to know:

The Turkish nation, business and civil society will give the best answer to the threats to Turkey and Turkey's economy.

in the face of these threats, each individual of this country will work more, will produce much more for the future of Turkey.

This is not a day to wait in silence, but to raise our voice in unity, one and together as a nation.

On the other hand, we urge all citizens to be wary of information pollution and provocations, especially on social media.

Those who live in this region are our neighbors, our brothers.

No one can destroy the law of brotherhood and neighborhood among us who are members of the same civilization, the same culture and the same faith.

None may create strife among us; cannot make us enemies.

With our prayers and hearts, as Turkey’s civil society and the business world, we stand with our government and our heroic soldiers.

We believe that our Turkish Armed Forces will destroy the elements of terror in the region and will defeat the terrorist organizations.

We pray for the grace of Allah upon our soldiers and martyrs whom we martyred yesterday.

We hope for rapid recovery to the wounded.

May Allah bless our soldiers and grant our army victory. May Allah stand with us and aid us.”

The Turkey 100 program will open the gates to new partnerships for the top 100 companies, being promoted on many platforms. Applications to the program will continue until November 15th, 2019. 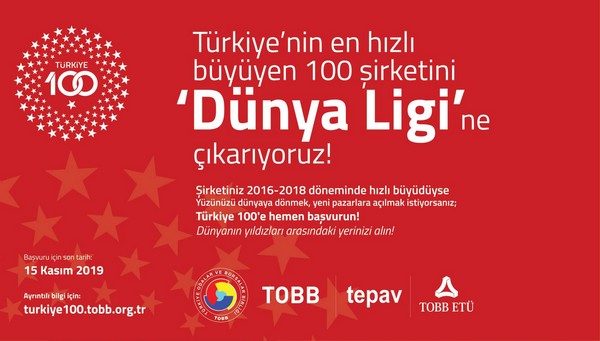 Our Chairman of the Board of Directors Sefer Göçer and Vice-Chairman Mete Seyfeli have made a welcome visit to our town's newly appointed Police Department Manager İlhan Çakır. 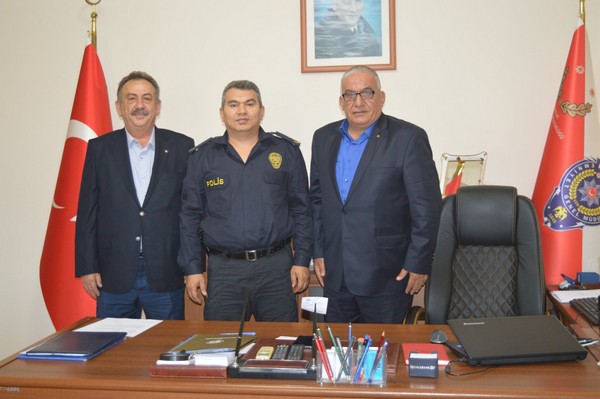